The Eastside property is situated in northeastern Saskatchewan and is 7.0 km west of the Manitoba border. Eastside is located 50 km east of the Company’s Loranger property and 85 km east of Cameco’s Rabbit Lake uranium mill and Eagle Point mine. 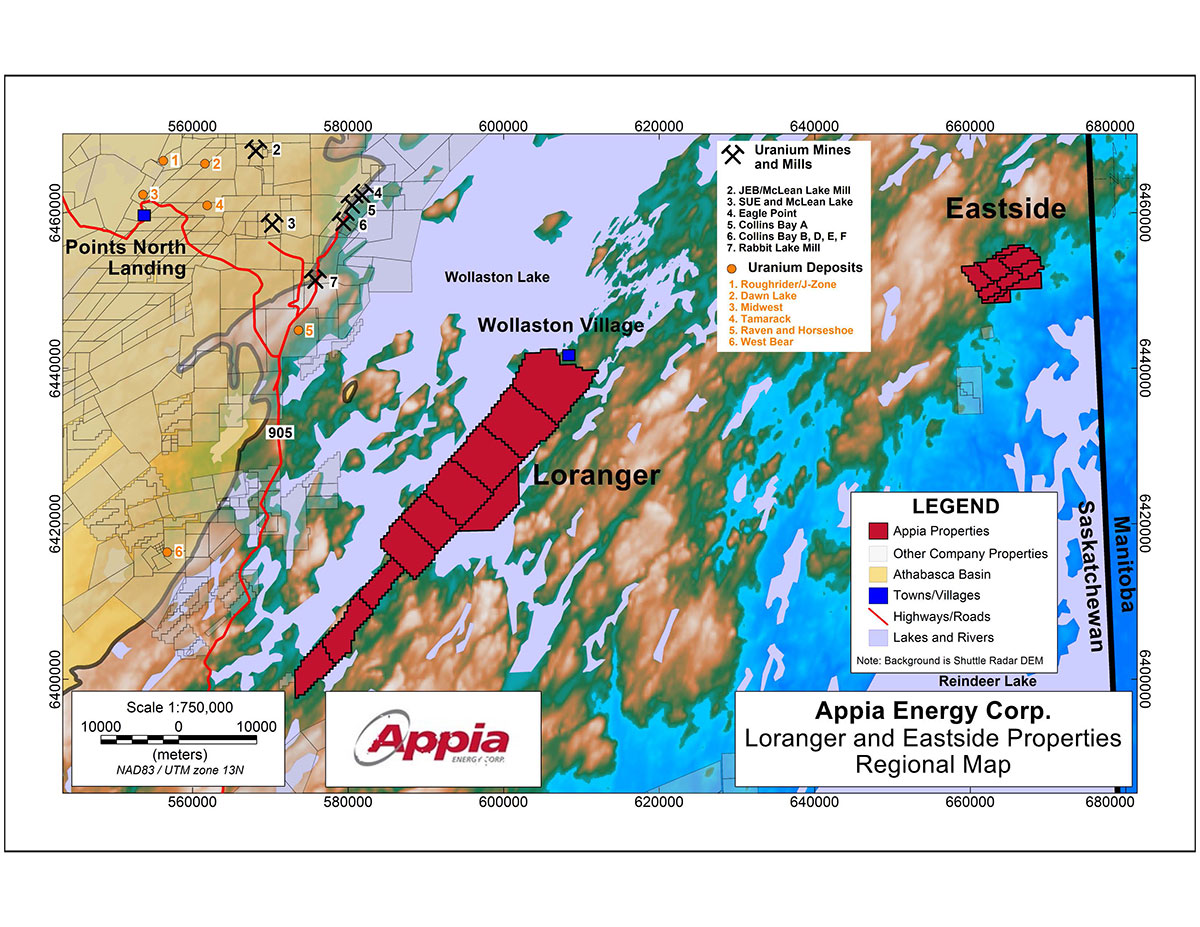 November 2017: Appia covers 1,178 line kilometers of Eastside property with an airborne High Resolution Aeromagnetic Gradiometer, Radiometric and Digital Matrix VLF-EM survey.  The survey confirmed the presence of a historic radiometric anomaly that led to the discovery of uranium-rich boulders and outcrops, but also identified more radiometric anomalies that have never been explored.  The magnetic results of the survey showed known mineralization occurs along a regional “bend”, as well as correlating with magnetic gradients.  Numerous magnetic features are offset and are interpreted as fault zones (see News Release for November 13, 2017).

Historic exploration for uranium in the Eastside property area has occurred over two separate timeframes; from 1969 to 1970 and 1975 to 1980. 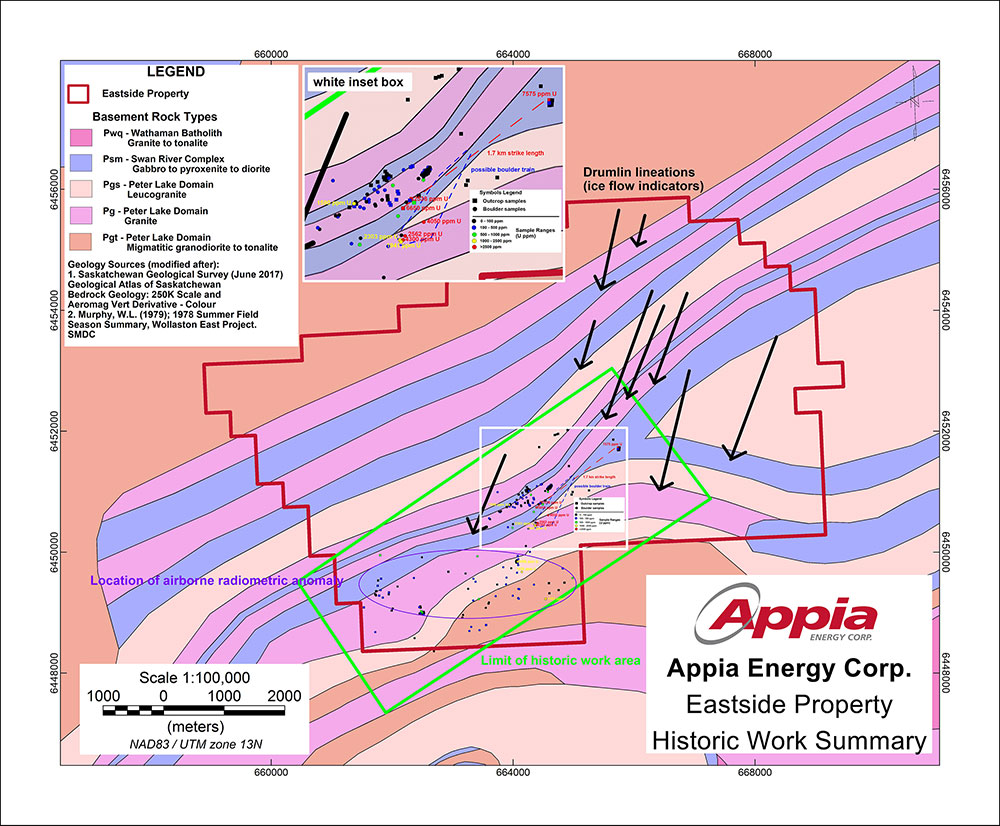 Airborne radiometric surveys led to the discovery of radioactive boulders, till and outcrop in the property area.  Ground prospecting and sampling of boulders and outcrops returned a range of 2 to 7,575 ppm uranium, producing an average grade of 360 ppm uranium.  Twelve samples contained greater than 1,000 ppm uranium.

The boulders with highest uranium occurrences are derived from hornblende-bearing pegmatites within hornblende-rich felsic gneisses.